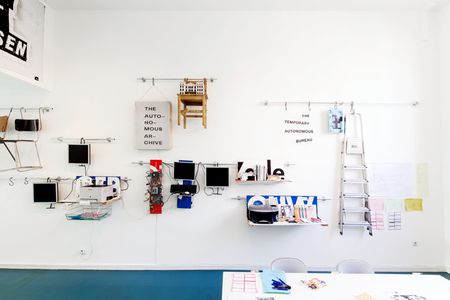 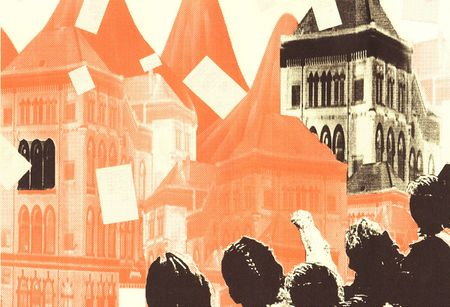 Rotterdam Cultural Histories #13: The Temporary Autonomous Bureau is a space for researching and discussing interpretations of autonomy in cultural or social projects within Rotterdam. We are inhabitants of the Poortgebouw, a historic residential community located next to the Maas River, and students from the Experimental Publishing Master Programme at the Piet Zwart Institute in Rotterdam. We have converted a space at TENT into a temporary office. Following two projects from 2017 – the database ‘The Autonomous Archive’ and the publication ‘A Bed, A Chair and A Table’ – we shall use this space to carry on researching the Poortgebouw’s history.

The Poortgebouw is a 37-year-old organisation that hosts cultural activities, as well as a community of 30 people. Over the years it has offered space for self-organised events and projects, provided residencies for guests, artists and musicians, and afforded living and work spaces for different generations of people from all over the world. The building was first squatted in 1980 and attained legal status four years later, which was made possible through renovating the building and making it habitable. The commitment of its first residents enabled the founding of the Poortgebouw Association.

During this presentation’s three-month timeframe, we shall use this space to organise a series of events that will map the independent strategies of self-organisation in Rotterdam. At the same time, the public has access to the fragmented Poortgebouw archive. The Temporary Autonomous Bureau serves as meeting point where experiences with how to navigate between autonomy and institutionalisation can be shared.

How can independent organisations maintain agency in a city where the institutionalisation of cultural and residential spaces is the norm?

Can a degree of openness and autonomy be maintained in the management of a self-organised social and cultural project?

[| Collection of Notes by the Bureau] 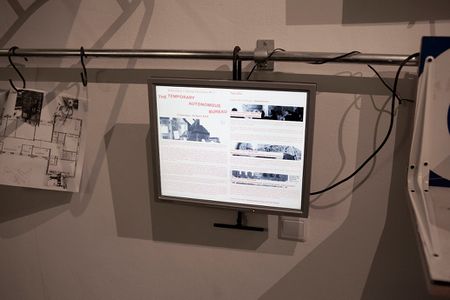 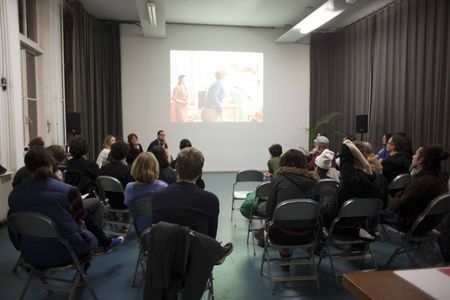 Picture from the first talk

To kick off our three month program we would like to open discussions with actors involved in selected cultural projects, processes and methods for “establishing” a self-organised cultural projects in the city of Rotterdam. We aim to collectively problematise methods for organising and establishing alternate cultural institutions. What do small, independent projects have to overcome in order to function and exist? We wish to illuminate the efforts taken by individuals in the cultural scene of Rotterdam that have challenged the problematic relationship between self-governance in the face of the law. How do these pragmatic examples, that resist existing policies of “cultural-production”, feed the question of co-autonomy? 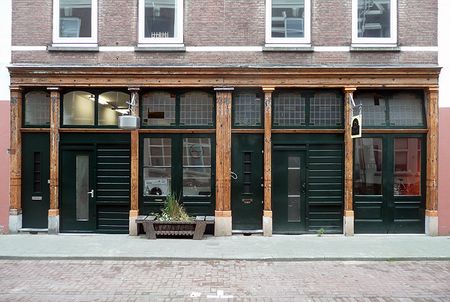 De Stokerij Building from the Stad In De Maak project, our guests for the second talk

What is the history of co-autonomous housing in Rotterdam, and do these kinds of self inititated projects still exist in the city? Using Rotterdam as a case-study, we will engage with existing experiences and projects that question the concept of spatial autonomy, and examine the co-existence it has with institutionalisation. This talk is organised to stimulate pro-active discussion and to further map strategies for collaborative and self-organised uses of our space.

Friday 13th of April : Workshop Stop being an instrument and sing your own songs!

On Friday the 13th of April, we will explore slogans as means of expression and resistance. Using the content and the minutes of our previous talks, we will experiment with an algorithm that produces slogans following a specific structure. Our discussion will ponder on their potential for activist use, as well as look back at the history of banners within activist culture. Participants are encouraged to bring scraps of fabric, as the result of our workshop will also include physical banners, which will be displayed in several locations within Rotterdam. (Based on the minutes of our lectures)

During our final event, we will share our findings throughout these 3 months of the Temporary Autonomous Bureau. The main output of our work will be a publication, as an interface for the output of our research. Based on the invaluable input that we got from everyone who participated in our events, we examined the co-existence of alternate cultural spaces and projects that challenge institutionalisation within the framework of the city of Rotterdam, and brought light to the efforts taken by individuals within the city. Our research will also materialize itself in the form of a manifesto, which will be revealed during our closing event.